The Results for the Avery Crest ISORA Race 3 is published here.

These results include the latest overall table (after 3 races) and the results for Silver Class, Class 1 and Class 2- and the Club Team Trophy points. 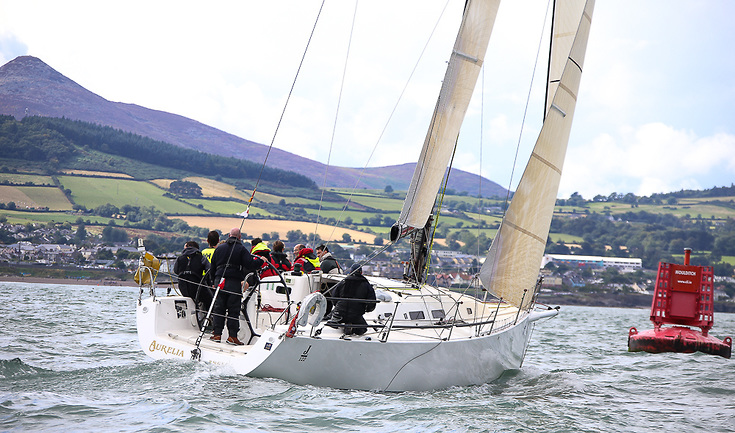 The fleet for Race 3 of the ISORA Avery Crest Offshore Series was the largest assembled for many years. 28 boats took part. It is hoped that this number will increase for the next race when 29 boats are expected to return to Holyhead for the 100 mile return leg to Dun Laoghaire on the 28th May.

The weather forecast for the race was not good since the beginning of the week. All indications pointed to a “drifter”. However, a window was spotted by the Sailing Committee that showed easterly winds backing northerly 8-12 knots would prevail from the start to late into the evening. However the “drifter” conditions would form on the west side of the course from mid-morning. With this limited window of opportunity available, the Sailing Committee decided to shorten the course to go direct to Holyhead.

At the start, the winds were Easterly 10-12 knots giving a beat to Holyhead. The tide was running south. The fleet took the port tack and all boats headed south. The south going tide took the entire fleet over 10 miles south before the winds started to back allowing boats to head further north towards Holyhead.

For whatever reason the tide was over an hour late in turning and the winds did not start to back until early afternoon. This kept the boats on a tight fetch for most of the race. The northerly winds for the previous few days had produced a slight choppy sea which made driving the boats at top speed more difficult.

Although all the boats were on the same tack, speed was the object as all the boats worked hard to maintain top speed through the choppy sea. When the winds eventually started to back and the tide weaken, the decision had to be made about what the approach to Holyhead was to be? Does one free off and head directly toward Holyhead or does one stay on the wind and head further north, knowing that there will be a strong south going tide as boats were approaching the finish.
On the approach to Holyhead, many of the fleet underestimated the strength of the south going tide at the North Stacks and across the mouth of the harbour. Also by the time the leading boat was passing the North Stack the infamous “Holyhead Hole” was forming under the Stacks. 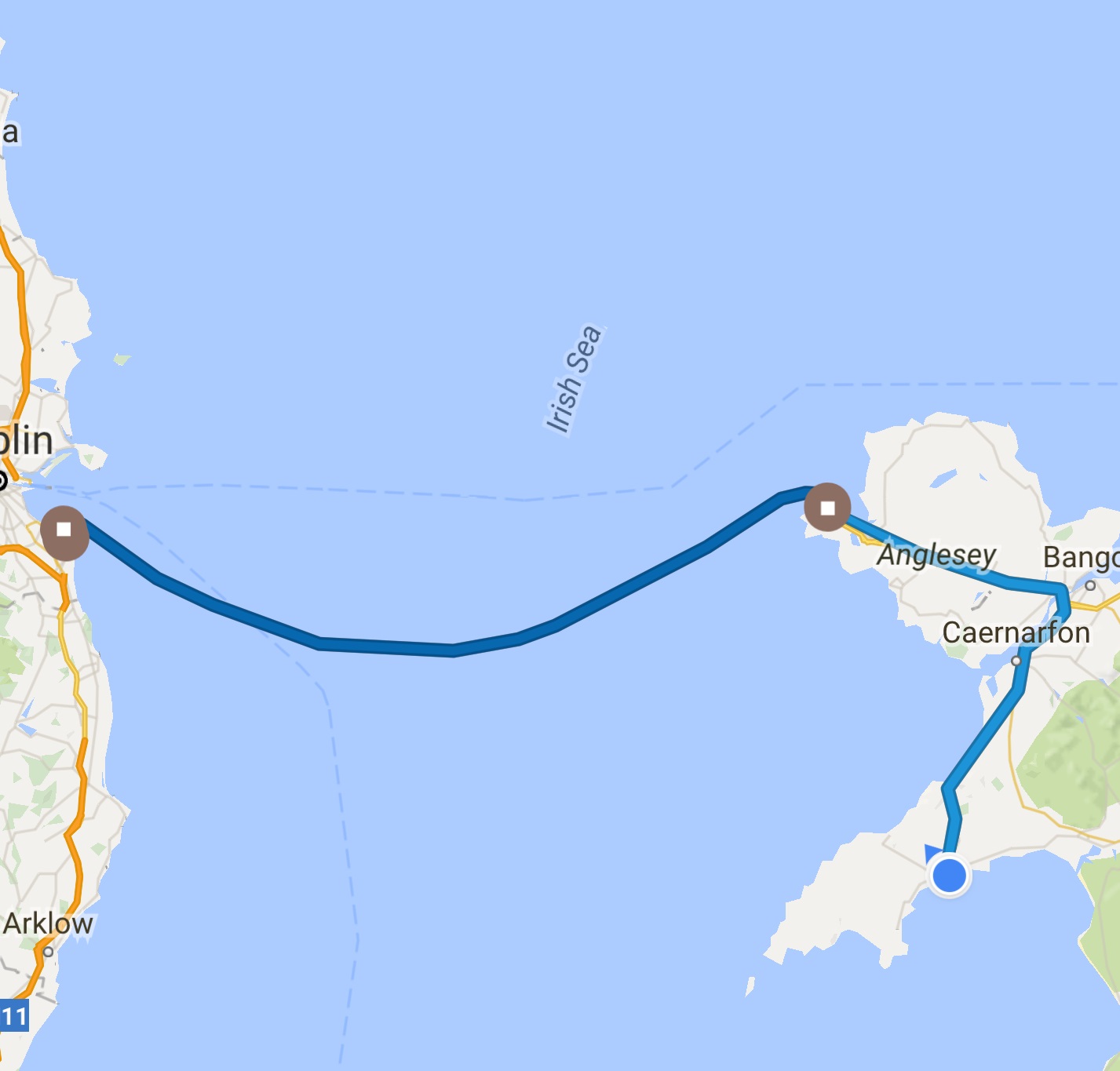 Despite the forecast, most of the fleet got to Holyhead. Some of the later boats could not make progress against the tide and slackening wind and were forced to retire.

The next race in the 100mile Holyhead to Dun Laoghaire on the 28th May. All ISORA races can be followed by downloading the YB tracking app or on the tracker viewer on the ISORA website www.isora.org .