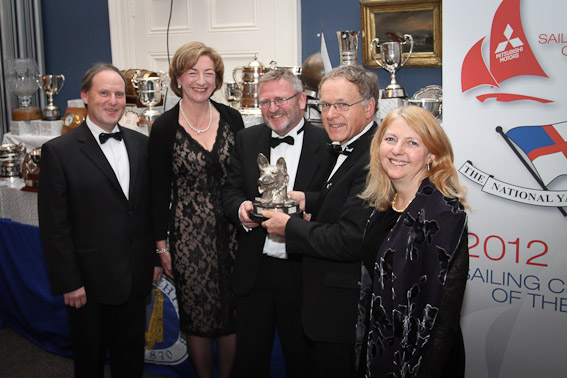 ISORA (Irish Sea Offshore Racing Association) is the Association that has been running offshore yacht racing on the Irish Sea since 1971. The Association is run in conjunction with all the leading yacht clubs on the east coast of Ireland and on the west coast of Wales and England and the Isle of Man.

We are pleased to announce that this season the  ISORA Offshore Series in 2013 is being sponsored by lynx metmAsts. Information on lynx metmAsts can be obtained by clicking the HERE.   The series will be known as the "ISORA lynx metmAsts Offshore Racing Series 2013".  ISORA feels that this association with lynx metmAsts will help further promote its offshore racing to a wider audience and will greatly help in attracting more new boats to its offshore race series.

It will run twelve races as part  of the "ISORA lynxmAsts Offshore Racing Series 2013". They will consist of traditional offshore races of distances from 50 to 270 miles and long day and night inshore races of under 50 miles. Some of the races are also run in conjunction with the Royal Alfred Yacht Club. The Dingle Skellig Hotel Dun Laoghaire to Dingle Race is run in conjunction with the National Yacht Club and the Lyver Race is run in conjunction with Liverpool Yacht Club. The race schedule has been designed to tie up with other popular racing events such as the ICRA (Irish Cruiser Racing Association) Nationals in Fenit in June, the Arklow Turbine Race also in June, the Dun Laoghaire Regatta  in July and  and the Abersoch Keelboat Week in August.

We are pleased to announce that this year the Dun Laoghaire Regatta are providing a Coastal Series as part of the racing schedule. We are confident that this will attract those offshore boats that would otherwise not have entered. Also this year the fleet will be heading to the Isle of Man for the start of a race to Dun Laoghaire in May.

To ensure a better spread of prizes, ISORA has a Silver Fleet  for those boats that may not be high specification racing machines or who take a more Corinthian approach to offshore racing. The list of boats who qualify for the fleet will be selected immediately prior to the first race.

While offshore racing can be difficult at times, it is very rewarding for all those who take part. There is great camaraderie among all the boats and crew that take part in the races, resulting in a great social scene in the host clubs before and after racing.

If you are a boat owner and are thinking of entering or you are interesting in crewing on an offshore boat, we would love to hear from you. You can contact me by using the "Forum" section of this site or directly by This email address is being protected from spambots. You need JavaScript enabled to view it..

To make it easier, you can now enter online application by clicking here.

For any further information on ISORA contact me directly at This email address is being protected from spambots. You need JavaScript enabled to view it.

We hope to see you on the start line of our "ISORA lynx metmAsts Offshore Racing Series 2013".